Letter of Concern to FDA on Behalf AKA

Home  ›  Kratom News  ›  Letter of Concern to FDA on Behalf AKA

Letter of Concern to FDA on Behalf AKA

FOR IMMEDIATE RELEASE | AKA

Partners Martin J. Hahn and Lynn W. Mehler issued the letter on April 23, 2018, condemning the FDA’s efforts to push a mandatory recall on all kratom products in light of the current salmonella outbreak among some kratom-related products.

According to the letter, “such an FDA position would also unfairly penalize those companies who adhere to rigorous food safety requirements and whose products are not implicated in the disease outbreak.” It concludes that “such an FDA position would exceed the statutory authority for mandatory recalls under the language carefully crafted by Congress when enacting the FDA Food Safety Modernization Act (FSMA) in 2010.”

Hahn and Mehler also make clear that while AKA – on behalf of the kratom community – “is fully supportive of the need to recall any product that has the potential to contain salmonella,” data must demonstrate that a specific product has been contaminated. AKA and Hogan Lovells say the FDA’s effort to recall all kratom products falls outside of this regulatory norm as well as outside the FDA’s mandatory recall authority.

In addition to clarifying the legal parameters of FDA authority under the FSMA and Federal Food, Drug, and Cosmetic Act (FFDCA), Hogan Lovells’ letter stresses the burden of proof in each case rests solely upon the FDA.

The letter closes by urging the FDA to not lump the good in with the bad. “The companies that adhere to rigorous food safety requirements should not get pulled into an industry-wide mandatory recall, particularly given the lack of such authority under the FFDCA.”

About the American Kratom Association

The American Kratom Association (AKA), a consumer-based non-profit organization, is here to set the record straight about kratom and give a voice to those who are suffering and protect their rights to possess and consume kratom. AKA represents tens of thousands of Americans, each of whom has a unique story to tell about the virtues of kratom and its positive effects on their lives. www.americankratom.org 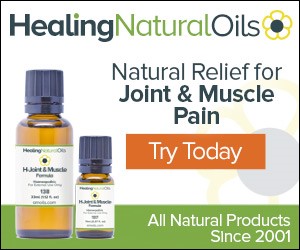